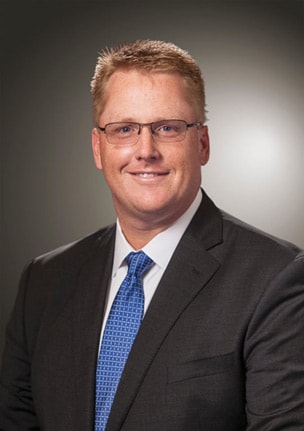 Cory J. Reed is President, Worldwide Agriculture & Turf Division, a position he has held since April 2019. In this role, he has responsibility for the Americas and Australia; the global harvesting, turf and utility, crop care platforms; and the intelligent-solutions group.

Reed joined the company in 1998 and held a variety of marketing and sales positions. In 2007, he moved to John Deere International in Schaffhausen, Switzerland, where he was responsible for sales and marketing in Northern/Central Europe as well as Africa and the Near and Middle East. Later, Reed served as Director, Global Strategic Marketing, where he led the team responsible for understanding and prioritizing customer needs and managing the division's product portfolio on a global basis. He was named Vice President, Global Marketing Services, for the Ag & Turf Division in 2011 and was appointed Senior Vice President, Global Marketing Services, Ag & Turf Division the following year. In 2013, he was appointed Senior Vice President, Intelligent Solutions Group, where he was instrumental in developing and implementing the company's precision-agriculture strategy. In 2016, Reed was appointed President, John Deere Financial, where he supported Deere's equipment businesses by ensuring that customers have access to competitive and convenient financing. Reed currently serves on the Board of Trustees of the National FFA Foundation.

Reed graduated from Miami University in Oxford, Ohio, with a bachelor's degree in finance. He received a Juris Doctor degree from the Ohio State University College of Law and worked for the law firm of Jones, Day, Reavis & Pogue before joining Deere.