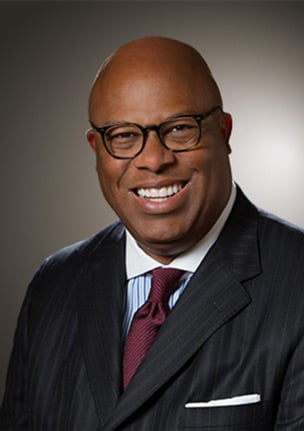 Dmitri L. Stockton is a retired GE Company Senior Vice President and the former Chairman, President, and CEO of GE Asset Management, a global asset management company with over $100 billion in assets under management across investment vehicles that include private equity, real estate, hedge funds, active equities, and fixed income. He served as an Officer of GE Company for over a decade and was one of its leaders on the organization’s Corporate Executive Council. In his final post, he supported GE as a Special Advisor following the sale of GE Asset Management.

Stockton spent a total of 30 years with General Electric, including 24 years at GE Capital, where he architected the restructuring of the approximately 40,000-employee global banking business at the depth of the financial crisis. His turnaround efforts drove record profitability of $1.85 billion in 2010. Formerly, he served as President and CEO for GE Consumer Finance in Central and Eastern Europe, CEO for GE Capital Bank in Switzerland, Managing Director for GE Capital Commercial Real Estate, and Chief Risk Officer for GE Capital Mortgage Corporation. For a decade of his GE tenure, Stockton lived and worked abroad in three different countries.

In addition to serving on the Deere & Company Board of Directors, Stockton is a Director of Target Corporation, Ryder Systems Inc., American Family Insurance, Board of Regents for Georgetown University and the College of Business and Economics Executive Advisory Council at North Carolina A&T State University. He was previously a Board Director for Synchrony Financial, Bank BPH, Garanti Bank, BAC Credomatic, A Better Chance, Thurgood Marshall College Fund and GE Foundation.

Stockton earned a Bachelor of Science degree in accounting from North Carolina Agricultural & Technical State University and he is a graduate of GE’s Financial Management Program.