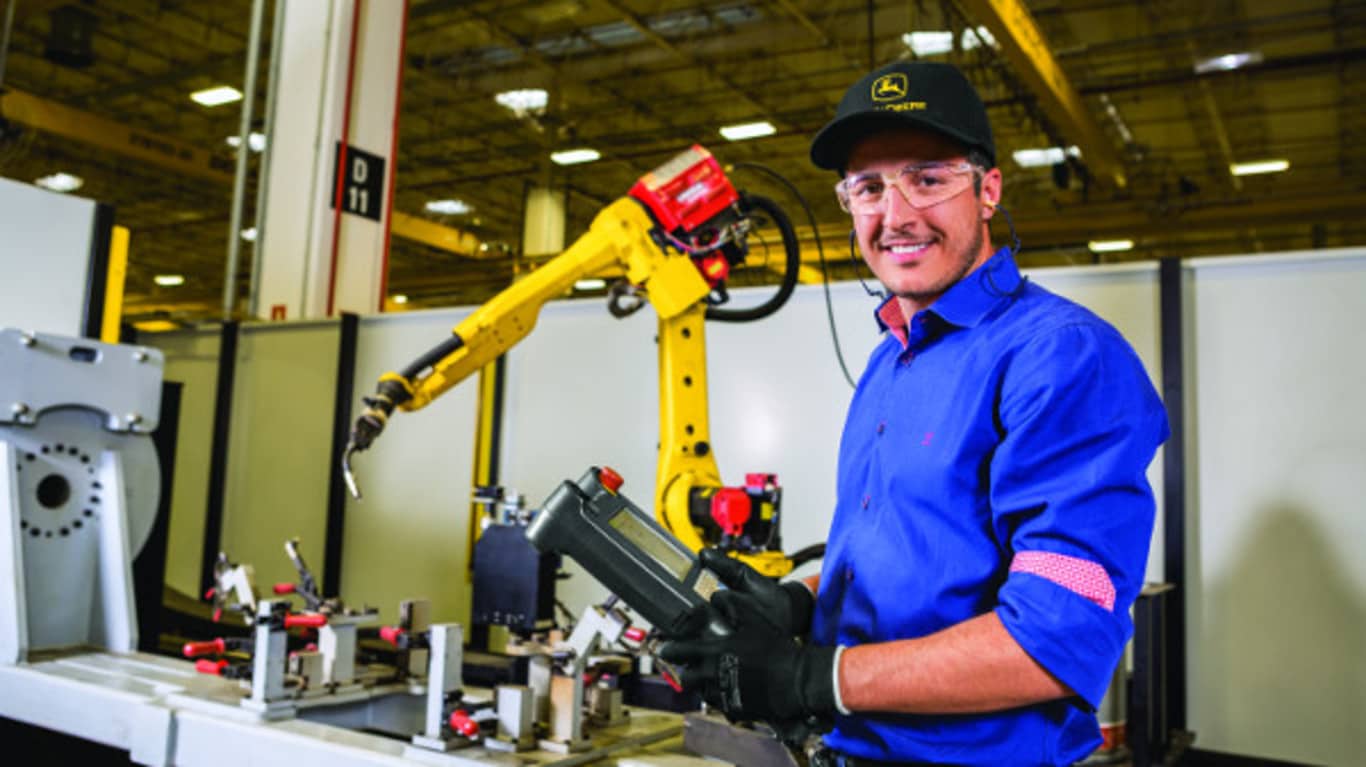 John Deere's intensive focus on workplace health and safety continues to make its facilities among the safest places to work.  We continually analyze and improve factory workflows and workstation ergonomics, and stress safety training and communications. In 2016, recordable-injury rates declined to an all-time low and over half of our locations had no lost-time incidents. 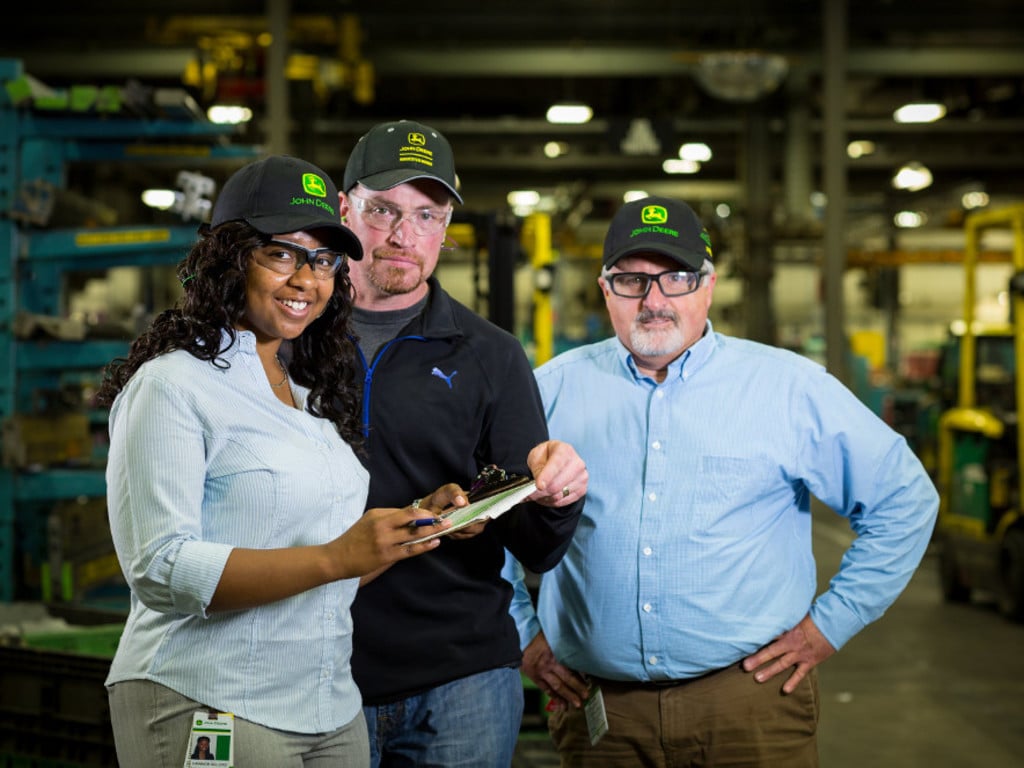 Safety is part of everyone's job at John Deere. One of the keys to our success is Continuous Improvement Teams. We have over 350 teams in the U.S. alone, and more than 800 teams worldwide. At every John Deere factory, team members – production employees management, technicians, and engineers – work together to establish quarterly goals, handle risk assessments, develop recommendations, and follow through to make approved changes. Hundreds of safety projects are tackled each year, with results shared throughout the company. Occupational health and industrial hygiene professionals evaluate potential exposures to hazardous materials, plus manage employee injuries and illnesses. 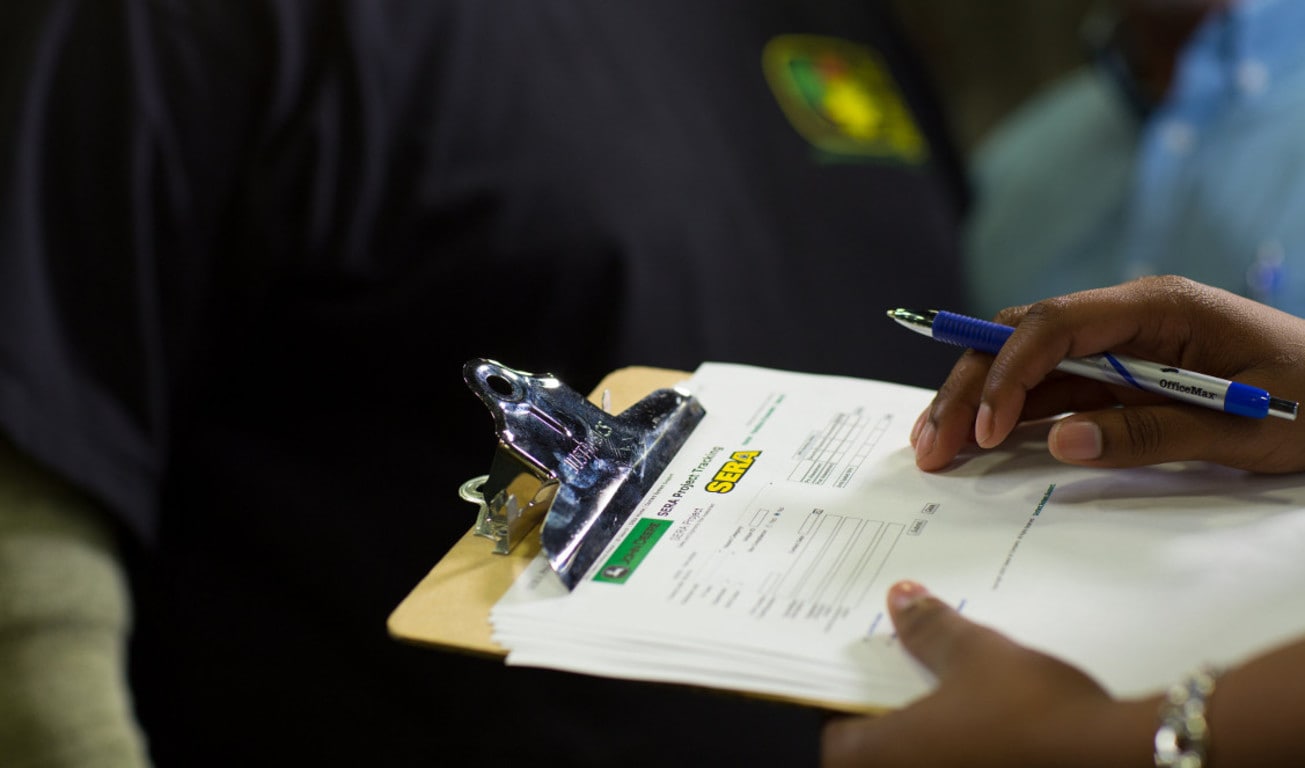 Our goal is a safety-focused culture where employees understand and see the value of safety procedures, and look out for each other. We use comprehensive safety training for all employees, SERA (Safety and Ergonomic Risk Assessment) to identify hazards and prioritizing work on the hazards, CI (Continuous Improvement) in which teams take action to improve specific operations and to address employee safety concerns, and a "red tag" process that continually reviews equipment for safe operation.

One reason our employees are so safe on the job is the company’s attention to ergonomics, which is the practice of designing work and workstations to reduce health issues caused by overuse of muscles, bad posture, and repetitive tasks.  Ergonomic specialists from our factories gather annually to share best practices and recognize accomplishments in developing innovative solutions to ergonomic risk.   More than 1,500 ergonomic improvements have been shared within the Ergonomic Community over the past 30 years.  These improvements have been a concerted effort of the ergonomic specialist, assembly engineers and production employees.

Our commitment to health and safety goes beyond the workplace. We are focused on each employee's health and welfare … on and off the job. Through health assessments, training, and support, we look to enhance the well-being of every employee. In countries like China, India, Mexico, Brazil, and Russia, we provide bus transportation for some 10,000 employees to get to and from work each day. We take steps to ensure this transportation is as safe as possible.

Compared to other equipment manufacturers, John Deere leads the way in workplace safety. And, surprisingly, we have injury rates below those common even in non-manufacturing sectors.

The National Safety Council is a nonprofit public service organization in the United States that works through education and training to help prevent accidental injury and death.